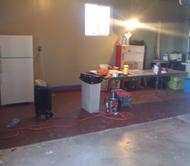 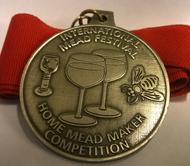 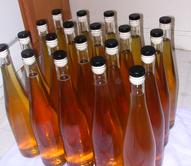 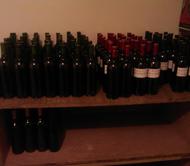 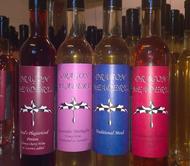 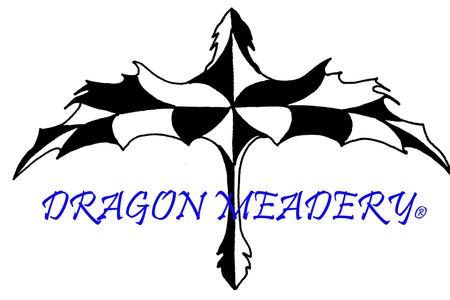 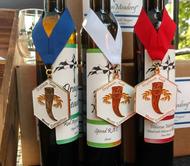 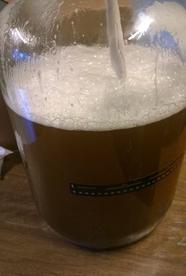 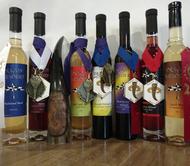 Like all good stories is where it starts. My wife Alexandria and I first met in the kitchen of the Rivera Casino in Blackhawk CO. Two working chefs that soon fell in love and  moved in together in a two bedroom apartment overlooking Central City.

When we moved in I brought with me a couple of five gallon car boys, a fermenter and thirty pounds of crystalizing clover and prairie gold honey. Not really have the space needed to start mead, I had  been holding on to the equipment for a while. My soon to be wife encouraged and enthusiastically found the space we needed to start our first meads.  Sweet Traditional, and a Semi Sweet Traditional.

Like all good meads we racked and aged, and kept it in a cool place. A few months later we had our selves a sweet, traditional mead with a low alcohol content. It was good so we corked it with tasting corks, bad idea especially when there is residual sugars and yeast. Two days later we are steam machine cleaning the carpet and placing what is left of our first bottle back into the car boy to finish, again.

We had much better success with our second batch. So we decided it would be fun to enter the semi-sweet traditional mead into the International Mead Festival, home mead makers competition 2007. The Judges liked our mead enough that we won a Silver Medal! Maybe we where on to something.

Over the next few years we continued to ferment, craft, taste & create more meads, using our friends and family as our product testers. We continued to enter the home mead makers competitions, from year to year. In 2012 the Mazer Cup Judges awarded our Dragon Razz, a bronze medal.

In the summer of 2012, an unexpected opportunity presented its self. With Alexandria's urging and support we decided to remodel the garage into a Meadery. It took the better part of the nine months to get the paper work and permits finalized so that production could start.  In the summer of 2013 we hatched our Meadery and started our first three seasonal meads, we followed in the fall by starting another round of seasonal meads. In the Summer of 2014 our first four Meads where bottled for sale.
​
​
​
​
​
​